In this interview Melbourne-based podcaster, James Parkinson shares his journey; where he began with a Diploma of Music Industry at SAE Creative Media Institute, how he created an award-winning soccer podcast from his bedroom, and how his new podcast, Gameplay resonates with an Australian gaming industry worth $3.4 billion. 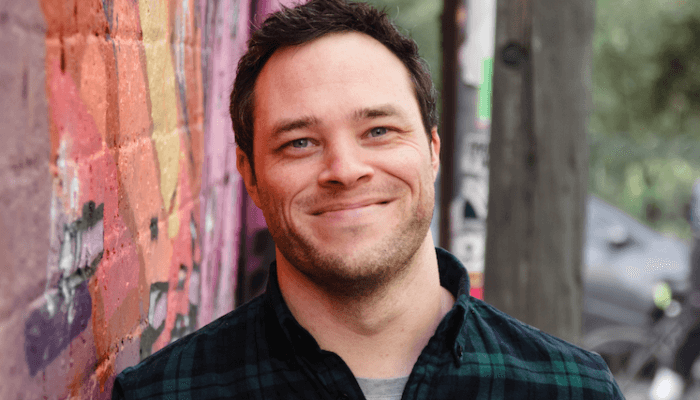 Hi James, what inspired you to pursue a career in audio?

When I was a child, I’d pretend to be on the radio and record myself on an old cassette tape. As I got older and my passion for audio developed, I enrolled into a Diploma of Music Industry at SAE Melbourne. At SAE, I had two great lecturers, Andrew Broadhead and Lance Krive, who knew everything in the industry back to front. Lance had been on tour with Michael Jackson back in the day – to hear his incredible stories and those real world experiences made me really excited to learn and better myself.

How did you get into podcasting?

After finishing up at SAE, I did some short courses at Melbourne Radio School. They were connected with a regional radio network, and I got the opportunity to do a stint at a country station hosting a music show and making production ads.

Through all of this, I was listening to a lot of podcasts and I kept thinking ‘I can do this, I can make something in this space’. So, I bought some gear, set it up in my bedroom, and that was it. Let me add, this was all before podcasting became the professional platform it is now!

This led to the creation of a show called By Association and is still going today. The show explores stories around the global game of soccer. I was lucky that the show picked up a couple of Australian podcast awards in 2017 and 2018 and an international Webby award nomination – which recognises the best podcasts around the world.

Can you explain the inspiration behind your new podcast, Gameplay?

I had always thought about doing a video games podcast, so I pitched it to Kris Lawson at Lawson Media, and he loved the idea. We developed it over the course of five months, where we launched it in October last year.

Gameplay is a narrative podcast that tells amazing nostalgic stories about video games over the years, whilst also exploring what the bigger issues around the gaming industry are. We release a podcast every two weeks, and so far the response has been great. People love to hear the stories behind their favourite games, from creators, producers and others within the community. The show appeals to anyone that loves storytelling podcasts and delves into how games have embedded themselves in pop culture.

Why a video games podcast?

The gaming industry is now worth over $3.4 billion in Australia. Games are a part of the fabric of teenage culture and kids are growing up with video games at their fingertips. They play such a crucial role in a lot of people’s lives, so the podcast is about tapping into the history and community around video games.

What types of games do you enjoy playing?

Anything and everything really. I like unique classic 2D games, independent games, sports games, first-person shooters…you name it! Destiny 2 is a pretty big game at the moment that I enjoy getting involved in.

Previously, I’d buy only one or two big titles every year, and I’d play them to death and then wait for the next one. But this year, I’ve been influenced by the pandemic! I bought a Nintendo Switch when the pandemic began, and I’ve since been playing a number of Nintendo titles that I hadn’t touched for years.

What’s it about games you love?

The escapism of them is definitely a big part of it for me – and I don’t mean that negatively. There is certainly an element to that, which I’ve explored on the podcast, where people can end up down a rabbit hole and get stuck in a downward spiral. I really appreciate games for the art form that they are; the environments of some of them are just beautiful to look at. They can be very cinematic and have scores that are as good as many Hollywood blockbusters.

What are your plans for the future?

At the moment I am focussing on Gameplay being as successful as it can be. I know it has great potential, and we’re still at the start of its journey. For the 100th episode, I would just love to spend a week with a video games studio and find out the process of how they produce a game – I think that would be awesome to find out and share with listeners. Gamers have the skills to not only change the world but create entire new ones. At SAE, you'll learn how to take your passion for games and turn it into a successful, exciting career.
Study Games