Film trio Tabbetha Marshall, Matt O’Sullivan, and Nathan Davey have been recognised at the upcoming WA Made Film Festival. The annual celebration of Western Australian cinema sees the three students from SAE Creative Media Institute’s Perth campus screening their short films to a statewide audience for the first time. We caught up with Tabbetha, Matt and Nathan before the festival to find out about the inspiration for their films and what the future holds. Film trio Tabbetha Marshall, Matt O’Sullivan, and Nathan Davey have been recognised at the upcoming WA Made Film Festival. The annual celebration of Western Australian cinema sees the three students from SAE Creative Media Institute’s Perth campus screening their short films to a statewide audience for the first time. We caught up with Tabbetha, Matt and Nathan before the festival to find out about the inspiration for their films and what the future holds.

Tabbetha Marshall, Before The Rainbow

The story is about women who experience miscarriages and how life changes for them afterwards.

The inspiration for it…

When I was 18 years-old I suffered from a miscarriage, as did my cousin. There isn’t a lot of media coverage on this topic, and I personally have never seen a documentary on miscarriages, so that’s why I felt it was really important to produce a film on the subject.

Looking to the future

I certainly didn’t start studying at SAE knowing that I was going to go down the route of doing documentaries on subjects that are rarely discussed, but I’m also keen to do a film on euthanasia and end of life care in the future.

It’s a documentary on the motor sport of drifting, and the community that’s associated with it. Unfortunately, it’s a dying sport, due its perception as being dangerous. The film explores the rigorous safety procedures that are in place and how nobody has been hurt in a very long-time. I wanted to show the real side of drifting.

On the importance of drifting to the WA community…

I don’t know if it is, but to me it’s important! The sport was huge a decade ago, but that fan base seems to have disappeared. It wasn’t until I started at SAE, where I met people who knew nothing about drifting; that was the push I needed to make a film on it.

How SAE staff supported his film…

They were a big help – I really couldn’t have done it without my lecturers. The knowledge they’ve shared has been invaluable in helping me make this film, given I’d had no prior experience of filmmaking.

It’s a horror film, which I made when I was studying at SAE. The film is about a timid author and delves into the idea of her being her own worst enemy in many ways – I’ll leave it at that!

How his experience as a software engineer helps his filmmaking…

I’ve been in a leadership role as a software engineer, so I’ve been able to transfer those skills to motivate people on set. Having those experiences of how to manage people was really advantageous when making this film.

On his film being selected for the WA Made Film Festival

It’s definitely been a goal of mine to get a film featured at a film festival – to be featured at the WA Made Film Festival, with my student film, makes me pretty proud. 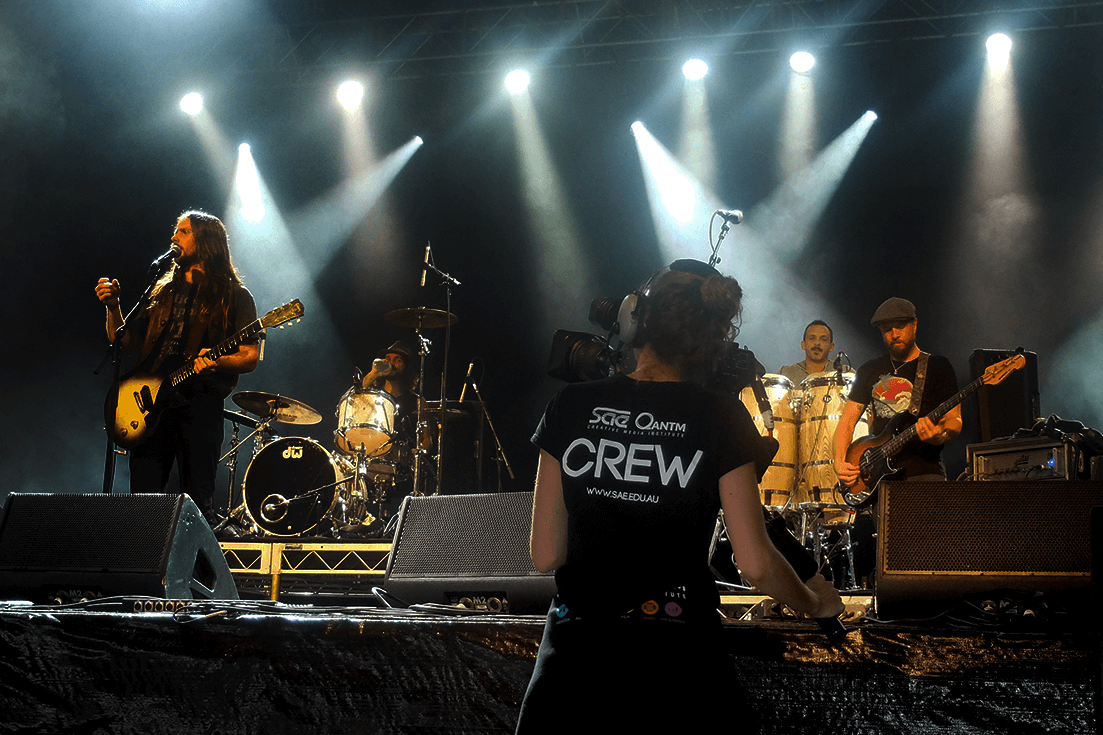